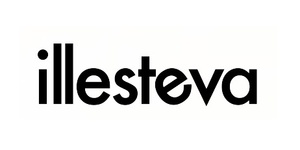 Luxury eyewear that pushes the limits of modern design

Illesteva flash sale! Up to 40% off online only. Shop Now!

Illesteva is an independently owned eyewear brand with roots in Downtown New York and production in Italy and France. Before Illesteva launched in 2010, options for designer eyewear at a fair price point were few and far between. A handful of companies control most of the eyewear industry, often forcing brands to prioritize either stylish design or premium craftsmanship. They wanted their customers to never have to make that choice. Their challenge was to modernize the idea of a simple pair of glasses. In 2009 co-founder Daniel Silberman traveled to Italy to source manufacturers for the debut collection. Those who stood out were true artisans who had spent decades perfecting elements of production such as metalwork and hand-mixing acetate (This is why no two Illesteva acetate frames are identical). The name Illesteva was born out of a meeting with one of those skilled artisans, named Luigi Esteva - and a family infatuation with Casablanca heroine Ilsa Lund.